Android users who use the unauthorized Whatsapp version have no reason to rejoice. One of the most popular informal Whatsapp messengers, the creators of GBWhatsApp officially shut down the shop and now they will not make any more updates to the app.

GBWhatsApp is not an official app that you can find on Google Play Store, and this Android user was loading it from the developer website.

Developers announced that they will no longer support the creation of the future through a message on their Telegram Channel. 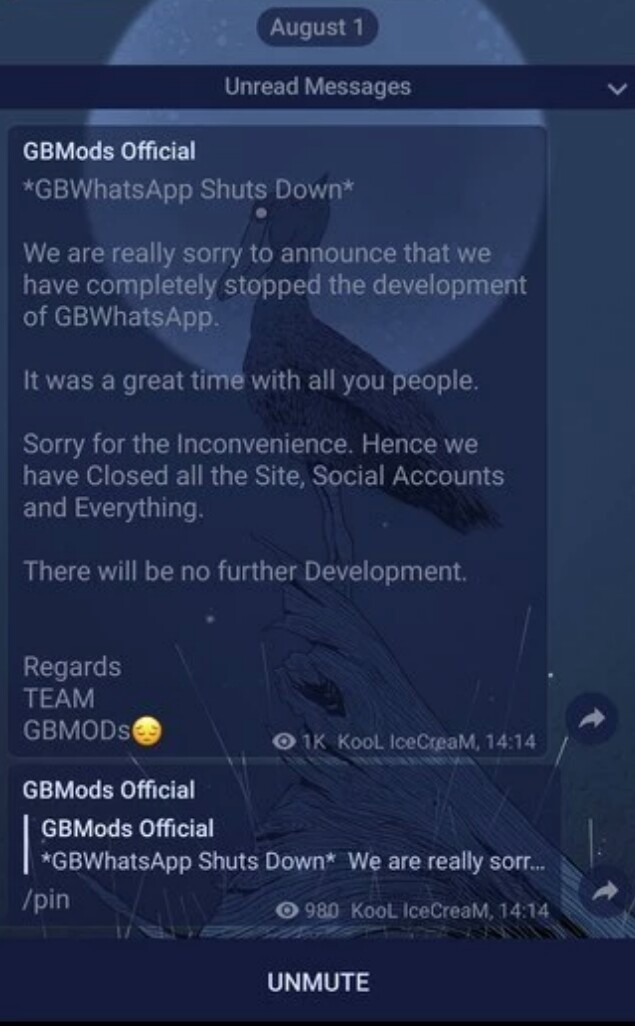 It is astonishing, since the beginning of the year, Whatsapp has been trying to dupe on such developers. Whatsapps push ahead to threaten permanent suspension of GBWhatsApp and WhatsAppSpace users in June 2019 The last attempt to restrict all GBWhatsApp users was useless because they responded with a new anti ban GBWhatsApp version.

Some technical scholars suspect that these developers could have been bought by WhatsApp or still had been associated with them and one part of them was to stop development for their Knockoff App. Expect any help from GBWhatsApp developers when the next temporary ban starts.

Back to posts
This post has no comments - be the first one!